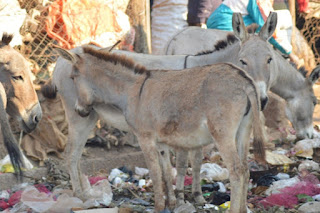 Donkey Rights Groups, which protects the rights and of donkeys, is also seeking to involve all the 42 tribes in Kenya in embracing the breeding programme. Speaking on Wednesday in Rarieda district during a one-day workshop for farmers,  Duncan Onduu said a census conducted two years ago revealed there were 1.8 million donkeys in Kenya. “We will encourage quick breeding of donkeys, especially to increase the number because there are about to extinct at rate of consumption by Chinese ,” said Mr Onduu. He expressed fears that the species might face rapid extinction following research findings that revealed donkey breeding is been affected by plastics either they became barren or delayed conception and low libido on male donkeys,plastics are dropped and left anywhere where donkey have easy access of them and swallow them,Also consuming donkeys who have eaten plastics have a higher risk of contracting cancer and other dangerous diseases,Onduu further called on those who are already raring donkeys to ensure they give them proper treatment just like other domestic animals.  however, warned those who infringe on donkeys’ rights that they risk facing stiffer penalties since they plan to review Section 360 of Animals Act of Kenya to increase penalties on those found in the wrong. “We want to come up with stringent penalties away from the current one of a fine of Sh3,000 or six months imprisonment,” he warned.